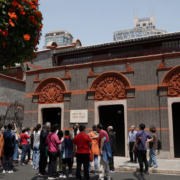 China in my eyes 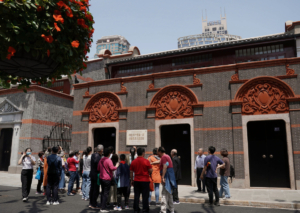 Visitors take photos of the Memorial for the Site of the First National Congress of the Communist Party of China in Shanghai, May 1, 2021. [Photo/Xinhua]

July 1, 2021, is the Communist Party of China’s centenary. China under the leadership of the CPC has been changed significantly. Today, China is a superpower which can actively shape the world. In this article, I would like to address 10 fundamental assumptions challenged by China during the past century. Most of such assumptions are de facto means by which the Western world hopes to govern the globe.

۱) Prosperity is achievable solely through the Western model of development

For many decades, it was publically promoted by media and believed by people that any national prosperity was reachable only by applying the Western model of development. Western culture and lifestyles were assumed to be dependable bases for human development during the modern history. So, people had to admire the West for their superior culture and powerful minds which played a significant role in the world economy. This concept was misused, intending make people more mentally dependent to the West.

While challenging Western concepts and criticizing them for the huge problems they have created, China has proved that non-Western countries, as important parts of the world, are well able to build wealth and gain prosperity through developing their own models of national governance. The countries’ citizens have to rebuild their national self-confidence and rise up to the more advanced standards of life that they deserve, while critically studying the Western version of the national development model.

۲) Democracy is exactly what Westerners are propagating to the world

Since years ago, US and Europe academicians have been teaching lessons and publishing articles and books on democracy in their universities and promoting the concept to the world. The countries’ politicians have drawn a beautiful but misleading picture of governance under democracy to convince the world that they have been the owners of the concept. As the owners of the concept, they have had the right to design a framework for the concept by which they can force others to behave according to their desirable standards.

China, Iran and a few countries in the world have developed their own models of democracy and proved that each country has the right to develop its own very specific model of governance based on democracy in accordance with the country’s cultural, political and social characteristics.

For years, the Westerners have promoted through the media, art and literature, and publications that they are smarter than the Easterners including Asians. They are outstanding and have the supremacy and right to govern the world with their talent and wisdom, they claimed. They exploited the world’s people this way.

Now, many Chinese and Iranian talents are working in the most prominent knowledge-based companies of the world and dramatically affecting the global development. They have successfully proved that no country can claim that their citizens are smarter that the other countries’. Four types of intelligence i.e. IQ, EQ, PQ and SQ are being dispensed among the humans in the world and are not accumulated in a few specific nations. The West was built by minds of the East.

Although technologies developed by Western countries dominated most of industries for many years, today, mastering technology is not a competitive advantage of the Western world. Chinese technologies with more competitive prices have challenged Western technologies in most of the industries.

۵) A unipolar world is a must for global peace

A unipolar world has been a dream of US leaders for many years. They have propagated since a century ago the idea that the US is the only power which deserves leadership in the world. They are trying to prove that the world will be a more stable and safer place under the US leadership. However, the reality is something else. With US policies in Asia, Africa and the Middle East, we are experiencing abundant political problems and security challenges in various regions of the world. Global security and peace for the US means whatever is in favor of their national interests and boosts their economic growth, even though it challenges the world safety and peace. China, Iran and few countries in the world today are providing new definitions and models for global peace based on multipolar perspectives.

۶) Welfare is a dream for countries with huge populations

۷) Development is against environment

China has proved, especially in recent years, that economic development can be well-adjusted based on the environmental requirements of a country. Reducing carbon emissions in major industries like energy and infrastructure is key in the grand development strategy of China.

۸) China is a threat to global stability

China has challenged so-called “Western supremacy” in various regions of the world. Meanwhile, China has not been involved in any war or global instability directly or indirectly. China is a real threat to the global stability of US strategists dreams, in which the entire world have to behave in favor of US national interests while sacrificing their own interests. The world is becoming something different from what Western leaders dreamed of and tried to build many years ago. Global stability means peace and safety for the whole world population not only for the 13 percent of the world’s people who are living in the US and EU.

As professional exploiters, Western countries’ leaders frequently criticize China for its plans and programs in Africa and West Asia, which they claim are form of a modern exploitation. However, China’s programs in several countries of the world are based on a win-win-win approach and will not only benefit China, but also facilitate development in the target countries. This notion is far different from exploitation in which one side (winner/exploiter) takes advantage of the other side’s (loser/exploited) resources, which Europeans historically know very well.

۱۰) China is revitalizing the Eastern bloc in the world

All the outstanding thinkers of international relations and politics believe that the bipolar world is nothing but a chapter of history books. China is building its own bloc based on solidarity and mutual benefits.

In this article, I highlighted 10 assumptions previously promoted by some of Western countries’ leaders and scholars which have been called into question by Chinese talents and thinkers. In my opinion, the world has to respect the Chinese nation for what they have done starting a hundred years ago under CPC leadership.

The author is the head of the youth committee for the Iran-China Friendship Association, and lecturer of strategic management at Shahid Beheshti University in Tehran, Iran.

The opinions expressed here are those of the writer and do not necessarily represent the views of China Daily and China Daily website.

source of the article